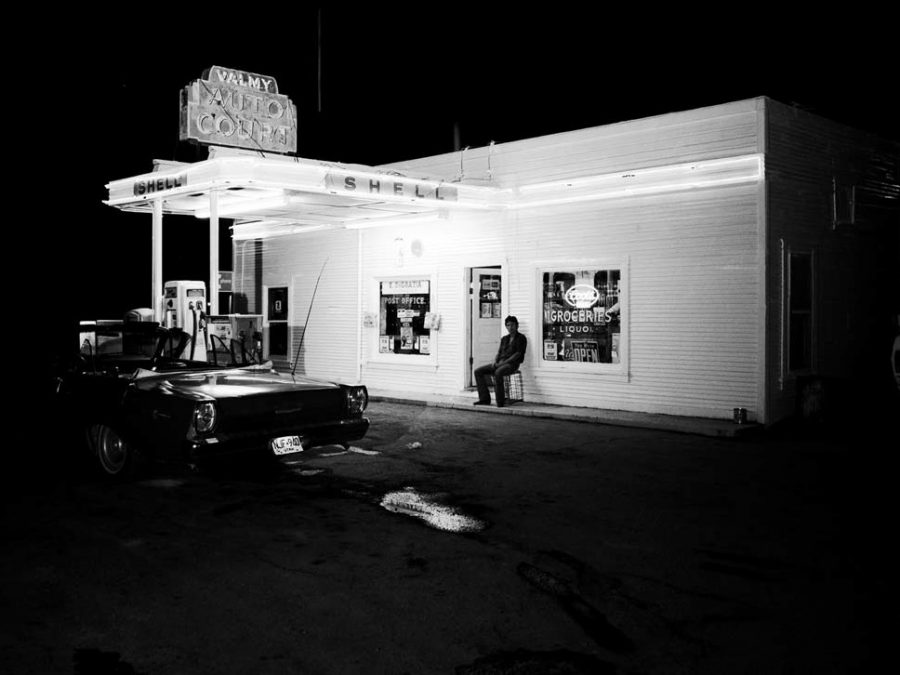 People often ask me, should I go to business school?

Normally I get asked by people I just met, e.g. on airplanes, at conferences, in the gym. But lately I found myself getting asked that same question by the sons and daughters of friends, whose kids are now graduating from high school or college.

Now, I don’t have kids of my own and usually I give a quick reply. But these days the answer merits a little more consideration, after all, these are the kids of my closest friends. What advice could I possibly give them? Have I learned anything that might be helpful?

Maybe there’s something. So, I’ll start with the original question and go from there.

You learn nothing in business school and an MBA is toilet paper. There, I said it. And it needs to be said, especially now. “How can you say that – even you went to business school!” True. I have an MBA and it has served me well, but I’ll stand firm. Mine may be double-ply, but toilet paper nonetheless.

The U.S. produces over 100,000 new MBAs each year. Every day yet another school advertises a new program, unimaginatively named after some schmoe just like all the others. Now, I’ll concede those 3 letters look good on your door, but only in the eyes of those with the same 3 letters on theirs. The people really shaking the earth don’t care. And now more than ever, the people shaking the earth are people like you:  young, creative, curious and often self-taught.

The point is this:  you’ll learn much more about business on the street than you ever will in class.

Of course I mean that metaphorically:  the “street” today is the entire world. The tools and information you need are literally at your fingertips right now, virtually for free. Laptop, phone, internet:  those are your conduits to greatness. Whatever you’re interested in, it’s all there – even people that will help – accessible from the devices in your pocket.

In fact, I’ll even go a step further and also say that business school will come at a huge cost to you, or in MBA speak, a huge “opportunity cost”. Because it keeps you from doing the next point.

2. Join a Startup Instead

If you can start your own business, by all means go forth and prosper. But if not – and remember the vast majority of people aren’t founders – be a part of someone else’s startup. If you want to learn about real-world business there’s absolutely no better place to do it.

Here’s the beautiful thing about joining a startup:  it’s really not that risky. At least not for you, someone just now embarking on the adventure of life.

Think about it:  what’s the downside? Crazy hours, little to no pay, anxiety 24/7, debt, doors closing in failure?

And yes, that is the upside. Because in a startup you’re not seeing the movie, you’re in the movie, and it’s always more thrilling on stage. And vastly more instructive than sitting in MBA class poring over endless case studies, spreadsheets and PowerPoints. That’s not business, that’s just talking about it.

Sure, you may take a hit. In fact, you probably will.

But that’s why it’s so great to be you:  you can take a hit. 20 years from now you probably can’t, but right now you really can. And who knows, there’s a tiny chance you might get lucky and stumble into a financial pop. Even a blind squirrel finds a nut sometimes.

But no matter what happens, you’ll always get to keep the good stuff and take it with you:  the shared experiences from winging it in the trenches, the deep interpersonal bonds solidified by teeth gnashing, the real consequences of decisions, the countless lessons from trial and error.

Nothing will prepare you for business, and life, better than that.

OK, I’ll admit I’m a little bias on this one. Although the way demographics are headed in the U.S. today, learning Spanish isn’t a bad idea.

The broader point is this:  please learn a second language. I’m begging you, as a favor, please make the effort. And don’t stop there:  learn the culture surrounding the language. Experience it first-hand. Go over there and immerse yourself in the sea of “them”.

Consider for a moment that you are, in fact, the minority. The vast majority of the people in this world are not like you. But I assure you that you’ll always be met with a beaming smile when you address someone in their native language. When you reply to their struggling English, by surprise, in their own language you offer a sensitivity and deference that makes an immediate impact. It instantly removes barriers and fosters trust.

It may be the world’s most obvious secret handshake.

Now, I understand the value of spreading the word. I’m all for it. I know people that re-tweet 20 or 30 times per day. Every article they read, re-tweet. Every URL they visit, re-tweet. Every news headline, re-tweet. But that’s all someone else’s words being re-tweeted. Makes me wonder, what do you think?

So that’s my challenge to all you up-and-comers:  well, what do you think?

Come on, don’t just pull something out of your ass and tweet it. Give it some consideration. Look at it from all sides. Think carefully about the other person’s opinion. Put a little bit of thought and skin into it, formulate your own point of view.

And as a bonus for extra credit:  every now and again try expressing yourself in full sentences. Yeah, I know what you’re thinking. OMG, WTF, STFU. And you have a point. There’s something powerful about brevity. I understand.

But out there in real life, words matter. They matter a lot. If you learn how to use them effectively you’ll always have a leg up on the competition.

In class they’ll teach you one of the pillars of economic theory:  maximize profit by producing to the point where marginal revenue equals marginal cost. That’s a hugely valuable lesson, foundational indeed, but there’s something more basic.

Sometimes it doesn’t matter what the marginal revenue is. Just do it anyway.

In other words, try leaving everything you touch just a little better than when you found it. It might entail a modest incremental cost on your part, and you may never experience any direct “incremental revenue” from your effort, but do it anyway. Because somewhere down the line it may help somebody else.

See some trash on a plane seat next to you as you get up to leave? Dump it on your way out. See an inaccuracy in the FAQs? Offer a correction. Don’t worry about recognition, and forget whether you personally stand to benefit.

A rule of thumb might be something like this:  does it improve the current state, and are you in a position to make it better? Then take a stab. Nudge it forward a little bit.

You may not hear it, but the silent world around you says thank you.

Earlier I mentioned opportunity cost, and then incremental cost, so I figure it’s only fair to round it out with a few words on total cost. Which is the trickiest of the bunch.

In a world of increasing immediacy, instant gratification and me-centered consumerism, total life-cycle costs are getting the raw end of the deal. This is unfortunate because these are the ones that matter the most in the long run.

Basically, when you’re trying to make a decision, look at the full ramifications as far out into the future and as far off into potential side-effects as you possibly can. Just as important, think about spill-over costs on those that have nothing to do with the transaction itself. In class, they call those “externalities”. Give pause to internalize those external costs.

In short, accounting for total cost is the basis for consideration to those around you. It’s the essence of sensitivity and empathy. It’s the foundation for responsibility and teamwork.

And, at a minimum, it will keep you out of trouble.

So this is the last point, and there are actually two parts here. The first is, by all means, have fun. Enjoy the twists and turns. Revel in the frivolous and lighthearted side of everything.

For the second part, I present you Exhibit A, the photo in this post.

See that morose, lonely looking guy? That’s Bruce Springsteen. Do you know how many shows at no-name bars he played before he hit it big? Something like 220 in 1973 alone, often twice in the same day. Later on, he fought a 3-year legal dispute for the rights to his material, preventing him from releasing a follow-up to his 1975 break-through “Born to Run” for 3 years. Nearly ended his career just as it took off.

That’s the look of darkness on the edge of town. Yet stubborn determination.

But forget about Springsteen, he’s irrelevant as far as you’re concerned. Substitute in any one of your favorite musicians and chances are you’ll see a similar pattern. They love what they do. They do it when nobody’s listening. They don’t do it for the money. They do it on their own terms. And above all, they don’t stop playing.

It takes a lot of cojones to live that way. Far more than most of us have. But right now, you have a chance to exert some of your hidden inner rock star.

So go ahead, play some no-name bars. You’re supposed to get smacked around a few times, and right now is the time you can afford it. And many years from now, that will be the time you appreciate it.