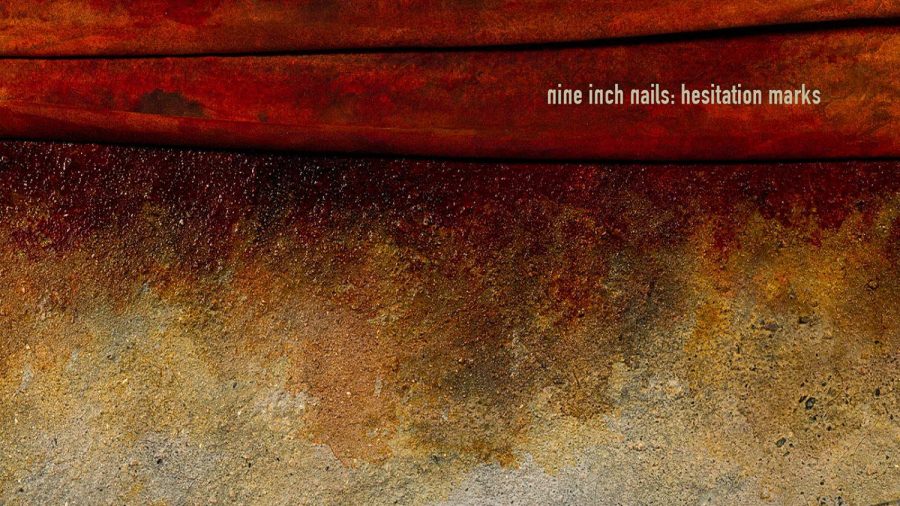 How should we evaluate it? Peter Gabriel once stated the criteria perfectly: “A good song is something that makes you feel, makes you think, and if you’re really lucky, it makes you move”. Based on those metrics, Hesitation Marks is excellent.

It’s an album of restrained sophistication relative to previous Nine Inch Nails records. While missing the hyper-aggressive full-on assault of Broken, The Downward Spiral or The Fragile, it’s still a testosterone-laden affair that’s provocative more in its superb craftsmanship than in visceral impact. It delivers an amazing level of electronic complexity that’s remarkably accessible and melodic.

In essence, Hesitation Marks makes you feel and think because expertly textured rhythms naturally trigger your neurons, not because they punch you in the face. The wow factor is not about transcendent emotion. It’s the consummate production that gets you. Including the artwork and soon to come the live show. And yes, it will definitely make you move.

There’s a lot to like on this one. Right at the start there’s the restrained but mounting tension of Copy of A leading right into one of the more straight-up NIN tracks on the record, Came Back Haunted. There’s a funkiness that even Prince might approve in All Time Low, and a nostalgic mid-80s new wave vibe in Everything (probably the most divisive track on the album, purists will hate this one but it certainly proves Trent can write a summer sing-along with a little edge). And there’s a downright intoxicating bounce in Satellite. Remember that “move” thing? There it is.

While the entire album is solid from start to finish, some tracks stand out further from the mold. Has Trent ever before offered up a searching soundscape like Find My Way? Or anything like the touch of bolero-esque strings toward the end of Disappointed? But if I had to pick one track as the best, it might be Various Methods of Escape: great chorus, exquisite bridge and a tremendous drum flourish.

Of course, no NIN album is complete without some level of eruption and while Hesitation Marks is clearly not about that sort of thing, Trent delivers a taste with In Two. But again, restrained – a very long interlude covering nearly half the track dampens the all-out effect.

Which begs the question: is Hesitation Marks a masterpiece? I don’t think I’d go quite that far. But undeniably, it’s masterful.